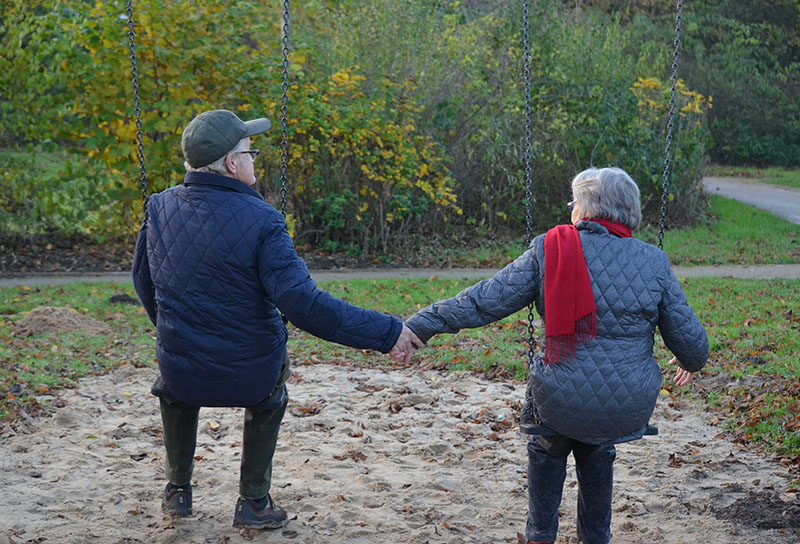 The Key to Aging Well – It’s not what you think

What is the key to aging well? Is there really one specific thing that would make all the difference? As for me, I don’t believe one thing alone would have that much impact. I believe has to be a combination of a lot of things, however, turns out I might be wrong!

Research over the years has revealed keys that could unlock the secret to a higher quality of daily living. No matter where you search, every guru has touted key factors for generations. Refrain from the bad stuff and diligently use the good stuff to be that person who gracefully ages into their 90’s, with glowing hair and skin, vitality and laughter.

… But is there one magic secret?

According to a 75-year long study of American men, the one key thing to prioritize in life beyond all this is….Love. One of the biggest challenges in today’s world is prioritizing what’s important, when simply navigating each day can leave you feeling overwhelmed. Much of our focus is consumed by our career, making a home and ‘keeping up with the Joneses’ through social media.

This study was conducted at Harvard and is known as Harvard’s Grant and Glueck study. It kept track of the physical and emotional well-being of two populations: the grant study – 456 poor men growing up in Boston from 1939 to 2014 and the Glueck study – 268 male graduates from Harvard’s classes of 1939 to 1994.

Starting in 1939 researchers interacted with these men, diligently analyzing blood samples, conducting brain scans and gathering self-assessment surveys.  Multiple generations of researchers then compiled the findings of the 75 years.

Harvard’s Grant and Glueck study had only one clear conclusion over all of that time:  Good relationships keep us happier and healthier. The resounding answer was that it didn’t matter how much money was made, the success of career or acquiring power. Even[T1]  the impact of a social media status was studied and still life’s biggest predictor of happiness and fulfillment is love.

According to Robert Waldinger, director of the Harvard Study of Adult Development , it is not about having a lot of friends or whether or not you are in a serious, committed relationship; What matters is the quality of your close relationships. He also adds that “relationships are messy and they are complicated and the key to a good life[T2]  is built with good relationship”

Interestingly, according to Harvard psychiatrist George Vaillant who directed the study from 1972 to 2004, it is important to manage love well in your life. He suggests that it is critical to deal with any setback in a way that ensures you don’t push away love. For instance, if you found love in life, but unfortunately experienced trauma like losing a job or losing a loved one, seek help to heal these wounds.

The upshot is that, in addition to eating your greens, moving your bones, looking on the bright side and getting the right kind of “social”, that in the end in life, you could have career success, buckets of money and even a healthy body and still be completely unhappy. To truly unlock the secret to long and healthy life, the single magic “secret” key is to nurture and cherish loving relationships.

We’d like to thank and recognize our partners and funders in the community.

Stonebridge Community Services is a not for profit organization providing in-home health care and preventative health services designed to help people maintain good health and independence through the aging process. Stonebridge services are available to everyone in the community and are designed to enhance or support a wide range of health services.